Rachael Garcia May 20, 2022 Landscape Management Comments Off on Funding for infrastructure can help restore the damaged western sagebrush ecosystem 8 Views 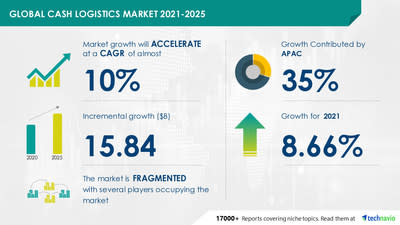 The sweet smell of sage, sweeping vistas, and migrating wildlife are some of the distinctive features of the sage steppe landscape. The roughly 120-million-acre Intermountain West, which stretches from the Rocky Mountains in the east to the Cascade and Sierra Nevada ranges in the west, has shrunk by half over the past century and is considered one of the most vulnerable ecosystems in North America .

Though sagebrush ecosystems and the 350 species they support are at a crossroads, federal and state policymakers have unprecedented opportunities to both conserve the best of this habitat and restore the rest. The first opportunity is a draft rule, which the Bureau of Land Management (BLM) is expected to release soon, that will guide future management of Greater Sage Grouse habitat on public lands in the West. The second option is to quickly allocate funds – from the more than $1 billion approved under the Infrastructure Investment and Jobs Act of 2021 (IIJA) – to rehabilitate the damaged sage steppe.


Despite their incredible biodiversity richness, sagebrush habitats face a variety of threats including conversion to agriculture, invasive plant species, energy generation, rural expansion and intense grazing pressures – all of which can reduce, degrade or fragment habitats.

Improving the conservation of the sagebrush steppe fits well with the national policy goal of combating climate change and conserving biodiversity by protecting 30% of the country’s eligible lands and water bodies by 2030. Western rangelands are vast and store over 25% of the carbon found in western ecosystems; This is important because carbon is better stored in the soil than released as emissions. With increasing extreme weather events such as droughts and fires, and landscape changes such as encroachment of non-endemic species and land-use conversion, protecting the carbon stored in grazing areas is more important than ever.


Due to the biodiversity these countries host, their carbon sequestration potential and their climate resilience, conserving and restoring sagebrush habitat is a high priority in the fight against climate change. The BLM, which manages nearly 70 million acres of remaining sagebrush habitat, holds the keys to the future of the sage steppe. The agency is in the process of strengthening its management plans for 2015 based on the latest scientific evidence showing that sage grouse populations have continued to decline in some areas and that various factors – including the impact of climate change – have hampered habitat conservation and restoration .

In March, a bipartisan group of eight Western senators wrote a letter to Home Secretary Deb Haaland, urging her to allocate a significant portion of the Department’s IIJA allocation to sagebrush ecosystem restoration to help fight wildfires, create jobs and to support the local economy. For example, allowing cheatgrass and other invasive species to persist in the fire-damaged sage steppe, rather than encouraging native species like bunchgrass, increases both the likelihood and intensity of wildfires. Without careful management of the Western Grasslands, fires here can become more intense, frequent, and destructive.

The Pew Charitable Trusts have been involved in efforts to conserve sage grouse habitat over the past decade and have raised the voices of the scientific community as we advocate for maximum conservation and conduct economic studies to determine the value of recreation and wildlife in to evaluate this biome, and educate the public and policy makers about the importance of its conservation. Pew is committed to continuing to work with federal agencies, states, and stakeholders to promote healthy sagebrush ecosystems that can preserve biodiversity and provide climate resilience.